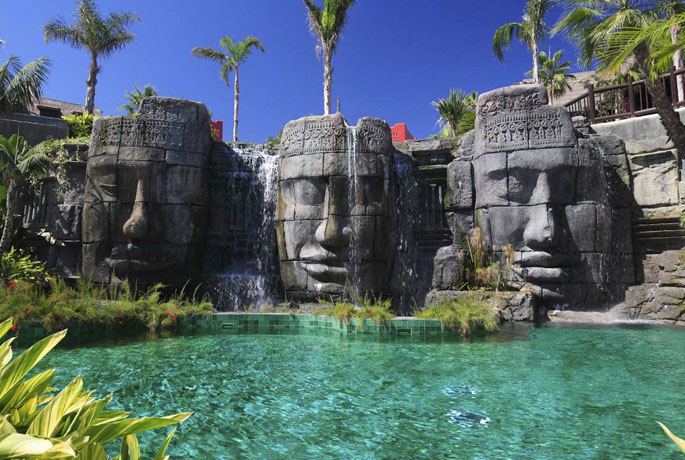 Every day we discover a new Asian spot at the 5 stars hotel in Alicante Asia Gardens Hotel & Thai Spa. Today we have travelled to Vietnam to tell you about the incredible Phong Nha-Ke Bang National Park.

The Phong Nha-Ke Bang National Park is a national park located in Quang Binh, about 500 km south of Hanoi. Covering 857.54 km2, it has become one of the main tourist attractions in the country.

It was built to protect one of the world´s largest karst regions and the most ancient one in Asia, and to protect the Annamite Range forest ecosystem.

The Phong Nha-Ke Bang National Park has over 300 caves and grottoes. And only 20 of them have been explored.

These caves were formed approximately 400 million years ago. They all are embellished by hundreds of spectacular stalactites and stalagmites, and large rivers and underground cascades.

In 2009 a group of British explorers discovered a new cave, which is called Hang Son Doong. It is considered to be the world´s largest cave.

The two most famous caves between tourists are the Phong Nha cave and the Tien Son one.

If you love Asian landscapes, we look forward to seeing you this summer in Southeast Asia in the Mediterranean at the luxury hotel Asia Gardens Hotel & Thai Spa. Our Asian-style design pools will win over you.