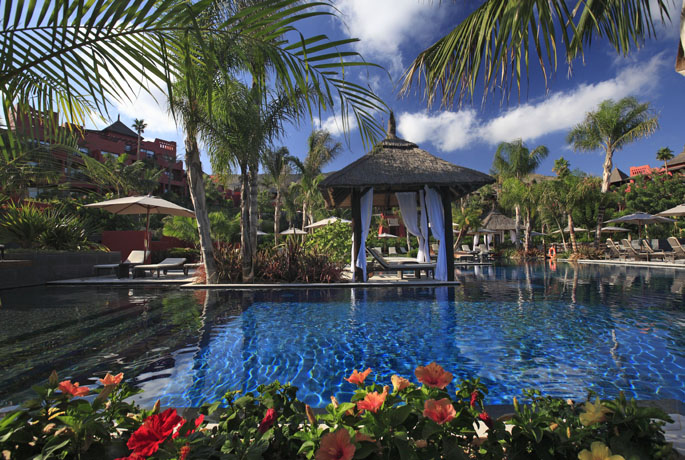 At the luxury hotel in Alicante Asia Gardens Hotel & Thai Spa, we love discovering new Asian monuments and treasures. Today we are taking you to Thailand to visit the amazing Wat Arun temple. Are you joining us?

Wat Arun, also known as “Temple of Dawn”, is an iconic symbol of Bangkok. It is one of the most important Buddhist temples in Thailand. It is located on the west bank of the Chao Phraya River, close to the Grand Palace.

The temple was built during the time of the Ayutthaya Kingdom under the name of Wat Makok. After the fall of Ayutthaya (1767), the general Taksin became king. According to the legend, after seeing for the first time Wat Makok at sunrise, king Taksin named the temple Wat Chaeng (Temple of Dawn).

For a while, the temple enshrined the Emerald Buddha image before it was transferred to Wat Phra Kaew.

The outer decoration of Wat Arun is encrusted with colourful Chinese porcelain and pieces of seashells. The main feature of the temple is its central prang (Khmer-style tower) which makes the difference between Wat Arung and the other Buddhist temples in Bangkok. This central prang is surrounded by four smaller prang, which symbolize the wind god Phra Phai.

Staring at Wat Arun from the banks of Chao Phraya River at twilight is one of the most beautiful images of Thailand.

What would you say to enjoying the best of Thailand just a few hours away from where you are? At the 5 stars resort Asia Gardens Hotel & Thai Spa we take you to the heart of Asian luxury in the Mediterranean.