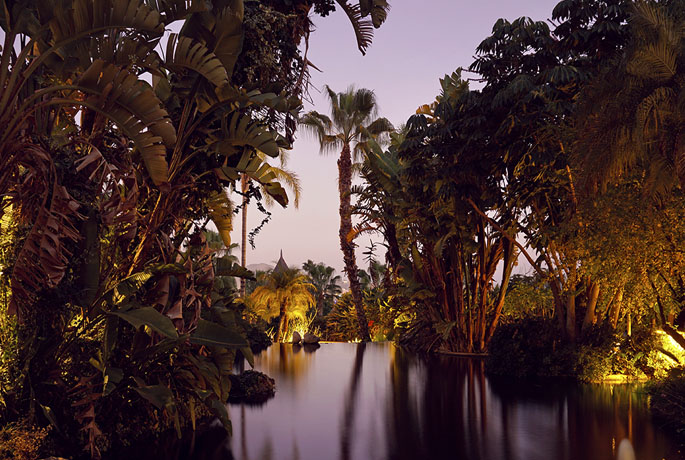 One more week, at the luxury hotel in Alicante Asia Gardens Hotel & Thai Spa we are travelling around the Asian continent to discover another of its treasures. On this occasion, we are taking you to Japan to tell you about its famous Meiji Shrine.

Meiji Shrine or Meiji Jingu is the most famous Shinto shrine in Tokyo and one of the most popular Japanese ones. It is dedicated to the deified spirits of Emperor Meiji and his consort, Empress Shoken.

The place chosen for its construction was an iris garden the Emperor and the Empress used to frequent. Covering an area of 700,000 square metres, the shrine is surrounded by a forest made from 120,000 trees of different species, adjacent to Yoyogi Park, in the heart of Tokyo.

The entrance to Meiji Shrine is marked by several huge wood and copper torii gate, which include a chrysanthemum flower figure, the flower that appears on the blazon of the Japanese Imperial family. The shrine consists of two different areas: the inner are or naien, where we find the shrine´s buildings and the Homotsuden, the Meiji Jingu Treasure House, which houses many curiosities of the Emperor and the Empress; and the outdoor area or gaien. At south end of the shrine we find the Inner Garden.

The shrine was rebuilt in 1958, right after the Second World War, after being destroyed by the bombs that fell on Tokyo during the war.

Meiji Shrine is a mandatory stop for any tourist visiting Tokyo: Enjoying its architecture, relaxing by walking through the forest paths, walking under a huge wood torii gate, washing hands on a temizuya fountain, throwing coins into the shrine´s offerings box, watching a Shinto wedding or getting a omikuji to know your luck.

The shrine regularly welcomes over three million visitors during hatsumode or the first Shinto shrine visit of the Japanese New Year.

During your visit to the luxury resort Asia Gardens Hotel & Thai Spa you should enjoy a walk through the hotel´s lush tropical gardens blooming with flowers. Give a grand finale to an incredible experience in Southeast Asia in the Mediterranean.