From our luxury Hotel, Asia Gardens and Thai Spa, we would like to wish you a very happy start to the traditional Chinese New Year and tell you about some interesting customs regarding this thousand-year-old tradition. 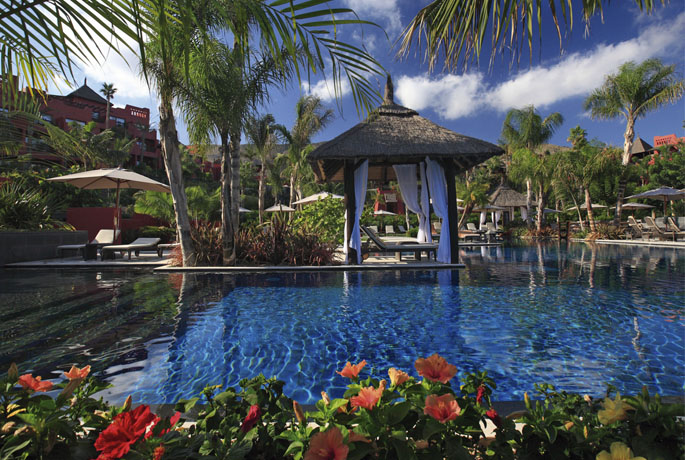 Like every year, around this time, the most important Chinese festivity takes place.The Chinese New Year started as a festivity to celebrate the end of the winter and mark the beginning of spring that is why in China it is also called Spring Festival.

China is one of the most ancient civilizations of the world, throughout its 5,000 years of history its traditions have been consolidated in time and they continue to be celebrated to date. In China, they use a lunisolar calendar to indicate the time of the year, according to this calendar we are currently in the year 4,710. In the west, years are worked out based on the phases of the sun and the moon. Due to this, the festivity does not take place on a specific date, as these cycles are irregular, and that is why the new moon marks the start of the month.

The celebrations commence with the first new moon of the year, the first day of the first lunar month. Fifteen days later, during the first full moon, the festivity ends with the Lantern Festival, lighting up the night using thousands of lanterns hanging off homes and businesses. Chinese Lanterns are traditionally made out of silk, although the most common type are red balloons. This festival organises the stage for the Lion Dance, the Dragon Parade and fireworks.

Celebrating the New Year this way is not exclusive to China, other Asian countries like Korea, Japan and Vietnam have taken on board this thousand-year-old tradition. This festival takes places wherever there is a Chinese community, and one of the largest ones is in Chinatown in New York, where this festivity is spectacular and highly expected by the Chinese community and by all New Yorkers, even the Empire State Building lights up to commemorate this festival.

The arrangements for the Chinese New Year start a month before the New Year. There are several traditions that Chinese people follow strictly, one of them is spring cleaning their house in order to get rid of bad luck that may have built up during the year. Also, after the New Year has arrived they do not sweep as according to the superstition that would push away the newly acquired good luck. They also prepare food gradually as another Chinese superstition says that all knives must be put away at the beginning of the year as this takes care of unfinished business.

The main entrances to houses and rooms are filled with red flags and emblems with good luck messages on them for the New Year. The colour red symbolizes vitality and happiness and it is also the colour of good luck. The streets of the city get covered with red lanterns and emblemss to scare away bad spirits.

In Chinese culture every year has a special meaning and it is associated to an animal in the Chinese horoscope. This year is the year of the snake, a sacred animal with positive attributes and a symbol of good luck. The snake is also associated to wisdom and is considered a symbol of protection, in India it is represented by god Shiva.

At the Asia Gardens Hotel & Thai Spa, we have already taken care of all superstitions in order to be surrounded by good luck in our 5-star resort…

Why not start the Chinese New Year at our Asia Gardens Hotel…?

We look forward to seeing you…