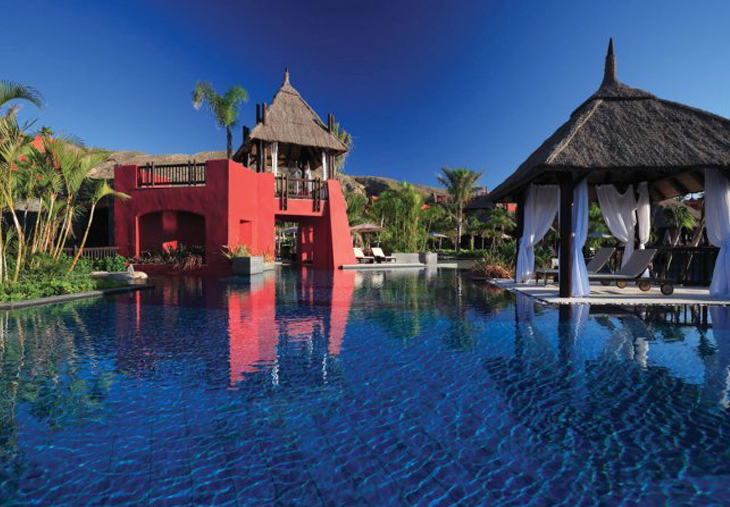 Today we welcome you to our “private palace” Asia Gardens Hotel & Thai Spa by getting you closer to Asian culture, with one of its masterpieces: Taj Mahal.

Taj Mahal Palace is a group of buildings that combines architecture elements from Islam, Persian, Turkish and Indian cultures. This monument has overcome many threatens and it is considerate the most beautiful example of Mogol architecture, as it is recognized by UNESCO as World Heritage  and named one of the Seven New Wonders of the World.

Taj Mahal is located at the city of Agra (India) and could be called “the building to love”. Its construction was inspired upon the endless love that emperor’s Shah Jahan felt to his favorite wife between 1631 and 1654. This is the love story that is hidden behind this unique monument:

One day, at the bazar, Prince Shah fell in love with princess Arjumand while she was trying a crystal necklace. The Prince became so impressed by her beauty that decided to buy the shining necklace that the Princess has liked so much. However, the necklace was not made of crystal, but diamonds. And in spite of the high price (10.000 rupees), he bought it and so he won immediately the Princess’ heart.

After 5 years waiting to get marry (with no allowance to see each other a single time), the couple could celebrate an amazing and spectacular wedding ceremony, where Shah, who was yet by then the Emperor, gave the title of  “Mahal” to  Princess Arjumand Mumtaz, which means “first lady of Palace” or “the chosen of Palace”.

Some years after being crowned King, Shah had to face the biggest tragedy of his life. Mumtaz Mahal died during the delivery of their 14 daughter, and on her dying bed, she ask his husband to build on her memorial a monument that reflects their love and was unrivalled over the world.

The name of this mausoleum, “Taj Mahal” is often considerate as a shortcut of empress full name’s, but it is in fact a combination of the two things that emperor Shah wanted to give eternally to his beloved wife: his crown and an unique palace.

The beauty of this monument is based on architecture of curious symmetries. The luxury materials it is made of, show that nothing was enough to the love that emperor  felt to her loved wife: fine marble of Jodhpur, carried by elephants, jade and Chinese crystal, Tibet turquoises, Yemeni agates, Afghan lapis lazuli, Ceylan sapphires, Persian amethysts, Arabian coral, Russian malachite, Himalayan quartz, Golconda diamonds and amber from the Indic ocean.

All the team of Asia Gardens Hotel & Thai Spa, know that all is not enough to our guests, so, we do our best to make your stay like being on a luxury Asian Palace.