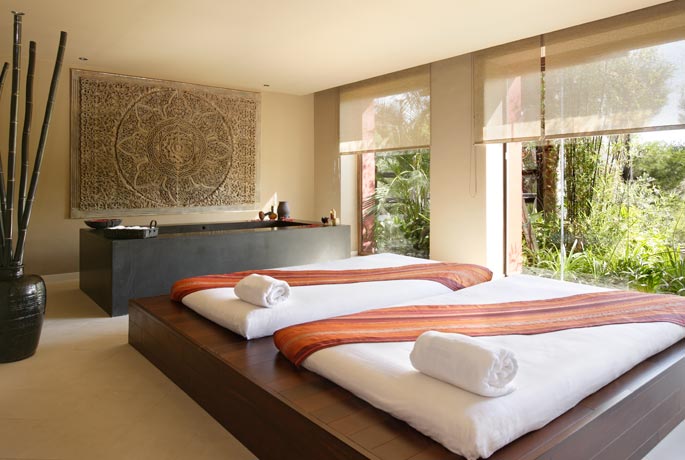 Today, at the Asia Gardens Hotel & Thai Spa we are bringing you to one of the most crowded and charismatic cities in India: Bombay, a city that never sleeps where tourists can learn as much about the local culture as they please.

Bombay, locally known as “Mumbai”, is the capital of the federal state of Maharashtra in India and is also the main port city in the sub-continent, and the highest populated city in India.

The following are the best places you shouldn’t miss out on when visiting Bombay:

– GETAWAY OF INDIA: It was built in the British colonial period as a tribute to the first visit to India of King George V and his wife, in 1911, and it was completed in 1924. It consists of a 26-metre high basalt arch which is the ceremonial entrance to India for members of the government of Bombay.

– ELEPHANTA ISLAND: This is a small island near Bombay. This island was named after the stone elephants decorating the port on the way in to the island, which are no longer there. The main treasure hidden there is part of UNESCO’s Heritage of Humanity, the Trimurti Temple carved on the mountain, with caves and sculptures paying tribute to Shiva.

– KANHERI CAVES: This is a group of monuments on the rocks located in the outskirts of Bombay, India; they date back to the 10th Century B.C. They are located in the Sanjay Gandhi Natural Park and they show the Buddhist influence in the local art and culture.

– MAHATMA GANDHI MUSEUM: Among the museums to visit in Bombay, this is a must. It is the house where Gandhi worked, and it holds an impressive scientific library. A visit to this museum is highly recommended, not only for what Gandhi represents but also because of how well preserved the statue of Gandhi remains.

There are some of Gandhi’s personal objects and a friendly letter to Adolf Hitler asking him for world peace.

– FORT AREA: This is very near Getaway o India, in the financial centre of the city, where most main banks and large companies can be found. This area is also emblematic due to the large number of British colonial-style buildings, anciently bordered by a fort.

– THE TOWERS OF SILENCE: Also known as “Dakhma or Dokhma”, they are funeral buildings part of the Zoroastrianism religion, belonging to modern-day Iran.

This religion considered the human body to be impure, unable to pollute the earth or fire, both basic significant and classic elements that represent purity. That was the reason why lifeless bodies were taken to the towers of silence.

As expected, after this tour through the monuments and most emblematic areas of Bombay, you will surely feel like relaxing for a while. Come visit us at the Asia Gardens Hotel & Thai Spa in the Mediterranean, and enjoy peace and calm. Our massages will renew your energy.