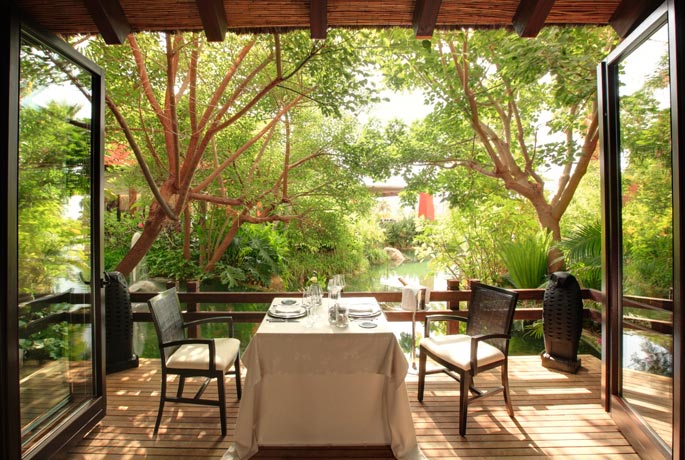 Today, at the Asia Gardens Hotel & Thai Spa, we are letting literature inspire us, as well as stories, tales and legends and our own imagination, and bring us to Shangri-La, the land of permanent happiness isolated from the rest of the world.

The true Shangri-La, is a product of the imagination of British novelist James Hilton, who in 1933 wrote the novel “Lost Horizon” in which some explorers on their way to the Himalaya discover a spectacular and fascinating place.

For a long time, a large number of explorers and specialists looked for the land J. Hilton wrote about, they searched all over Asia, especially around India, Nepal and parts of China. Until 1997, when after much deliberation of experts and scientists, the government of Yunnan, declared that Shangri-La was in Yunnan, and it covered the areas of Zhongdian, Weixi and Deqin, access used by Tibetans and others in ancient times.

However, the city officially known as Shangri-La since 2002, is Zhongdian, which has seen a significant increase in the numbers of visitors to this dream city.

Here, we can visit the Songzanlin Monastery; this is a monastic city with twenty temples and a hundred Tibetan homes where monks live. This is a place of harmony and peace and quiet and spectacular architecture.

Bita Lake (“Bitahai”, in Chinese) is located 25 kilometres from Zhongdian, and is also one of the main places to go to when visiting this area. There are wooden cabins where you can spend the night and light a fire.

But, without a doubt, the biggest attraction is the Shangri-La Canyon which is 10 kilometres long and between 10 and 80 metres wide. The canyon is a serenity haven, as if taken from a fairy tale.

If you also wish to live a truly idyllic experience, full of peace and happiness, we recommend a visit to the Asia Gardens Hotel & Thai Spa, an Asian luxury resort described by many as a temple of wellbeing and relaxation. Come to our very own “Shangri-La in the Mediterranean” this summer.