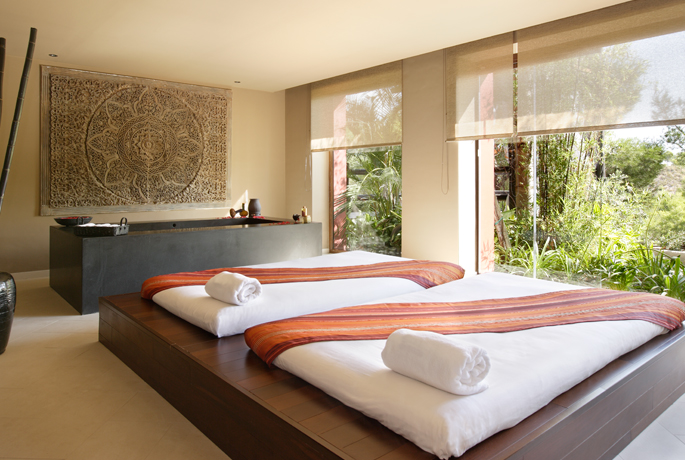 Today, at the Asia Gardens Hotel & Thai Spa, we feel very spiritual, relaxed and refreshed after our Thai massage, and we are going to tell you about Tibetan Buddhism.

Tibetan Buddhism is Buddhism as we know it nowadays. It developed in the Himalayas and is also known as “tantric Buddhism”.

This type of Buddhism is followed by 6 % of Buddhists and is one of the most practised doctrines and one of the best known in the East.

There is a clear division within this religion, monks and laymen. Monks are relevant figures in public social life, they are highly respected people treated as “deities” because they are the closest ones to Buddha.

Many objects and charms are used in Tibetan Buddhism, generally bronze objects which are essential during religious ceremonies. They each have a specific function:

If you wish to see other beautiful Asian objects, come to visit us at the Asia Gardens Hotel & Thai Spa, a luxury resort in the Mediterranean where you can experience Asia.