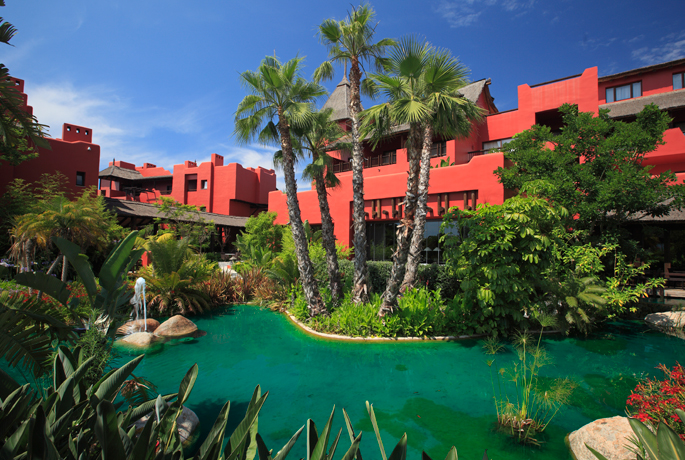 Today, at the Asia Gardens Hotel & Thai Spa, we are visiting Asia in a traditional and very original way, hard to find elsewhere, the Tuk-Tuk.

The tuk-tuk is a motor tricycle broadly used in some parts of Asia. Also known as “autorickshaw”, “auto ricksha”, auto, tuk-tuk, and moto-taxi. They are often used as taxies and delivery vehicles, although in some places they are mainly used by tourists.

The first tuk-tuks started back in the 60’s combining rickshaws and motorcycles, made in Japan. A few years later, they were exported to many other Asian countries. They quickly made it in countries like India and Thailand.

However, there is also another kind, a light motor tricycle vehicle, whose top part is used to carry load. These cargo vehicles were already used in Italy in 1948, and were known as “ape” (made by Piaggio Ape) and sometimes used to carry passengers.

It is common to haggle before agreeing on a price, to make free use of them, but in return you will be brought to shops around Bangkok that pay tuk-tuk drivers with fuel vouchers for bringing customers to them.

But rest assure, at the Asia Gardens Hotel & Thai Spa you will not need to be transported anywhere. Just go for a stroll around our gardens and swimming pools and you will feel as if you were in Asia. Come and see for yourself. We await your visit.