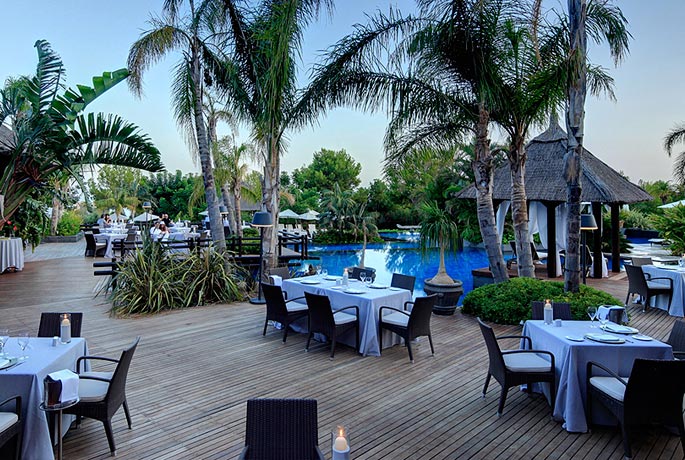 This week we keep on celebrating at the Asia Gardens Hotel & Thai Spa, we are going to a wedding. There is nothing like a wedding, a happy bond between two people who swear to love each other for the rest of their lives. Have you ever wondered what weddings are like in Asia?

Traditional Korean weddings have been toned down recently, and are now much more basic than before. Previously, anyone could take part in a wedding and congratulate the newlyweds, as they used to celebrate them with open doors.

However, this is no longer common practice, although some weddings continue to be held in people’s homes, now the bride and groom make a guest list just like we do in the west, because they wish to have a more intimate ceremony.

– Nappye or Hampalgi: the groom’s family used to send gifts to the bride and a letter inside a chest. However, they now send a “hanbok”, a traditional Korean dress which dates back to the 70’s.

– Jeonallye: the groom used to go to the bride’s house with a present, a male goose which symbolised “a partner for life”. The bird was given to the future mother in law, in representation of loyalty to his fiancée. Nowadays, this has also changed; a wooden goose is now used instead.

– Gyobaerye: the bride and groom are face to face for the first time at the ceremony and they exchange vows.

– Hapgeullyue: a pumpkin soup that symbolises “the newlyweds”.

– Pyebaek: once the wedding is over, the newlyweds pay their respects to the groom’s parents and they in turn throw some fruit at the bride’s skirt, as a symbol of fertility.

If you are looking for a spectacular wedding which is perfect and luxurious and has a strong family tradition come to the Asia Gardens Hotel & Thai Spa, where you can celebrate your wedding in the best luxury resort in the Mediterranean.