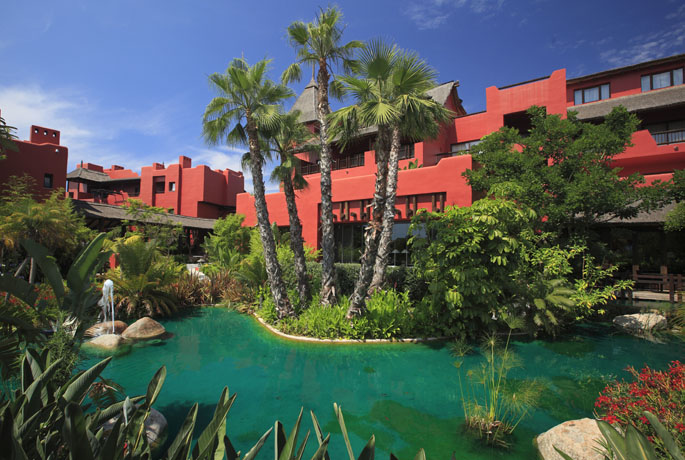 Today from the luxury hotel Asia Gardens Hotel & Thai Spa we are travelling to Malaysia to learn more about one of its national symbols: the Malacca Straits Mosque.

The Malacca Straits Mosque, which is known as Malacca´s floating mosque, is located in the famous Strait of Malacca, the longest and busiest strait in the world. UNESCO declared Malacca as a World Heritage Site in 2008.

Malaysia´s King Tuanku Syed Sirajuddin Putra Jamalullail officially opened the mosque on 24th November 2006. It is the one and only mosque built at the coast of the Strait and at the water level. When the water tide is at the right height, it looks likes is floating on the ocean.

One of the reasons that make it stand out from the other mosques is that it is located at a man-made 40 hectares island, which is called Pulau Melaka or Island of Malacca.

This mosque is an extraordinary example of the modern Islamic architecture. Its facade is decorated with beautiful stained glass windows with Islamic motifs. Four big turrets topped with traditional Malaysian rooflines and a minaret, which stands out due to its striking and unusual design; guard the main dome of the mosque.

Originally the mosque was only used as a church and a place of worship, but currently it has become one of the main tourist attractions in Malaysia. Despite its short life, it is already in the spotlight of photographers and architecture enthusiasts.

If you love discovering new Asian corners, we invite you to come to our luxury resort in Alicante Asia Gardens Hotel & Thai Spa and enjoy our small Asian paradise in the Mediterranean.