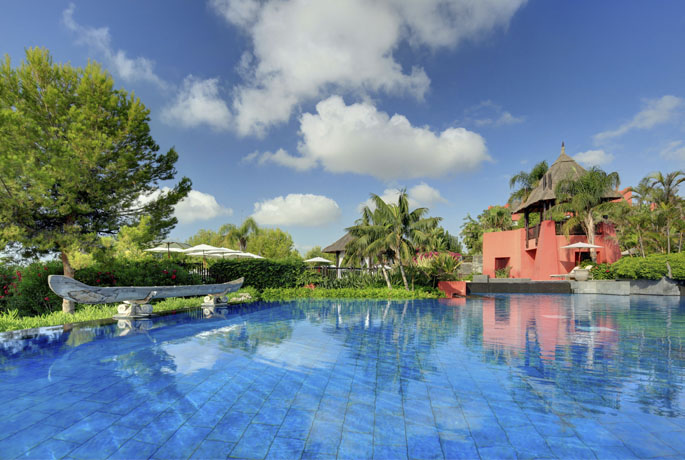 Every spot in our 5 stars hotel in Alicante Asia Gardens Hotel & Thai Spa take us to a different place in Asia. Today we are travelling to India to discover the Golden Temple.

The Golden Temple, known in India as Harmandir Sahib, is a Sikh temple located in teh city of Amritsar, in the state of Punjab.

Amritsar is considered the spiritual capital of Sikhism. Sikhs must visit the Golden Temple at least once in their lives. They usually do it on special occasions such as birthdays, marriages or birth.

The fourth Sikh guru Guru Ram Das founded the city in 1574. The Golden Temple was built in 1588 at the request of the fifth guru Guru Arjan Dev. The construction was finished in 1604. By this time, Guru Arjan also completed the Adi Granth, Sikhism Holy Scripture, and installed it inside the temple.

The Golden Temple is located in the middle of an artificial lake called Amrit Sarovar, which means a pool of nectar. It has given the name Amritsar to the city. Sikhs and devotees wash their hands and feet in the lake, and some even take a bath, for purifying themselves before entering the Golden Temple.

The temple´s dome is gilded with 750 kg of pure gold. The temple is a symbolic representation of Sikhism. It has four entrances, one on each side, which symbolize the opening of their religion to the other ones.

At the luxury hotel Asia Gardens Hotel & Thai Spa we also have our sacred spots. Plan a getaway to our Asian paradise in the Mediterranean and discover our wood canoe while enjoying a few days off.