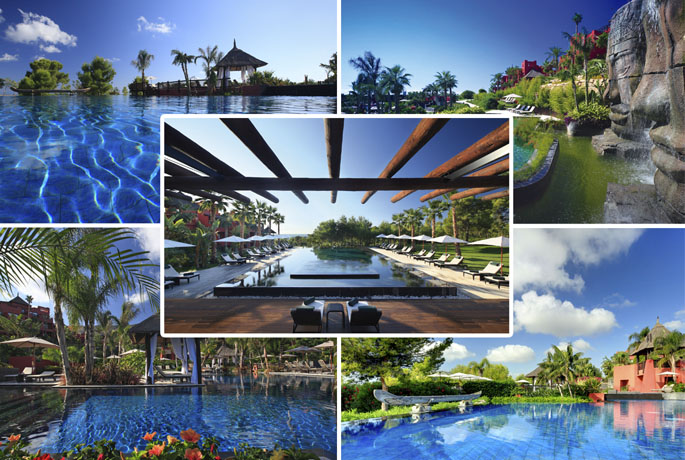 Today at the luxury hotel in Alicante Asia Gardens Hotel & Thai Spa we are saying goodbye to April as we like: travelling around the Asian continent. We are leaving Alicante behind to discover the famous Qinghai Lake in China.

Qinghai Lake is the largest salt-water lake in China and also one of the most beautiful ones in the country. It is about 3,200 metres above sea level and it is located in Qinghai province. This is one of the most popular Chinese attractions.

Anciently, local people used to confuse the lake with a sea due to its width and area. It is surrounded by four huge mountains, each of them is over 3,000 metres high, enclosing the lake like a shield.

Qinghai Lake is not monochromatic. The colour of the water changes depending on the weather: light blue, emerald, dark purple and silver. Summer and autumn are the best time of the year to visit the lake. The landscape is spectacular during these seasons.

The lake is located at the crossroads of several bird migration routes across Asia. Precisely, on the western side of the lake are the islands known as “Bird Islands”: Dandao Island and Haixipi Island, which have been bird sanctuaries of the Qinghai Lake Natural Protection Zone since 1997.

Qinghai Lake is linked to tales and legends about women. According to Chinese mythology, the lake is also known as the “Pond of Fairy Mother´s Abode”, whose owner was a prestigious goddess, the Queen Mother of the Western Heaven. The legend tells that the Queen Mother held grand banquets in the lake to entertain other gods and goddesses in the heaven. And every July 18, on Queen Mother´s birthday, local people would visit the lake to hold grand rituals of worship. Currently, the ceremonies taking place around the lake have become a very popular event. People all over the country and the rest of the continent get together to dance, sing, plat and have fun at Qinghai Lake.

The famous Tour of Qinghai Lake takes place every year in July, at the same time that the Tour de France.

If you visit the luxury resort Asia Gardens Hotel & Thai Spa, you will be able to enjoy our spectacular Asian-style pools. The Asian continent has never been closer…