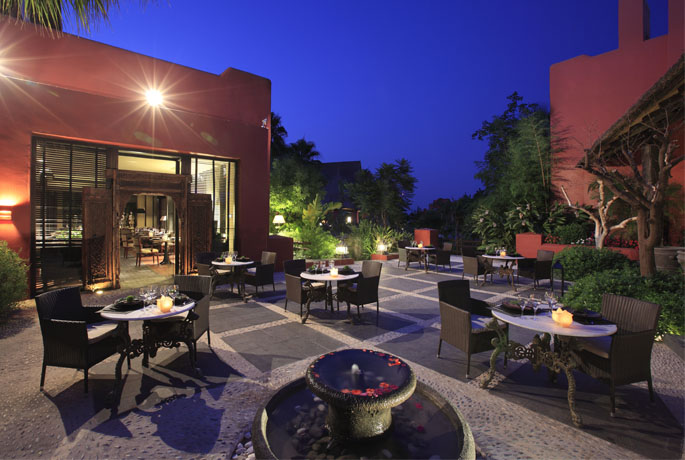 Today, from our Asian luxury resort, we would like to reveal China’s best kept secret …., porcelain.

Historically, Chinese porcelain has always been considered a luxurious item, its enigmatic appearance and infinite decorative options have always made it present in the most privileged places in the world.

Only a few know that the high worth of porcelain hides secrets that have been guarded for centuries between Europe and Asia due to its enigmatic qualities and elaboration process.

The first records of Chinese porcelain date back to China 4,000 years ago, and its origin is in the archeological sites of Kaoling, in the province of Kiangsi.

The word porcelain comes from “porcella”, Italian name of the cowry shell, a highly valued white shell mollusc. When Marco Polo returned from his travels, in his memoires he wrote about the beauty of Chinese ceramics, he believed that porcelain came from shells. It was a mystery, so they thought that perhaps it came from pearl shells of the porcelain mollusc, hence its western name.

For centuries, the formula of its elaboration was one of China’s best kept secrets. Nobody in Europe knew how to make the so called “white gold”, and if someone managed to figure it out they would become significantly wealthy, but no western noble managed to achieve such task for more than fifteen centuries.

It was at the beginning of the 18th Century when the young alchemist Johann Frederick Böttger, prisoner of August II king of Poland, found it in an old castle in Sajonia. After many years of hard work, he discovered what it consisted of, and the process to follow and different enamels of the precious and resistant porcelain.

The secret of the elaboration of Chinese porcelain, lies in adding quartz to clay and feldspar, two essential materials, and cooking it a second time after the pieces have been enamelled, that’s how they melted and stuck firmly to the mud, acquiring the attractive combination of extraordinary FRAGILITY and gleaming STRENGTH.

You cannot miss out on this story…, funnily, the most expensive china vase was found by two grandchildren when cleaning their deceased grandmother’s home in a suburb of London. This beautiful vase is 41 cm tall and it dates back to the Qianlong era from the 18th Century, it has bright dragon and fish patterns and an interesting hole through which you see another small vase on the inside. The vase was auctioned for 60 million euros, making it.

Chinese porcelain is so highly valued and timeless that many designers include it in their designs. In the picture below, we can see a not very frequent design with white and klein blue floral patterns. The delicacy of porcelain has captivated designers such as Roberto Cavalli.

Here you can see one of the photos taken by the English magazine “You and your Wedding”, in Asia Gardens, our luxury hotel in Spain.

Last but not least… in China, for centuries and with the arrival of the Sui dynasty, pillows used to be made of porcelain and they were thoroughly decorated. In our 5-star hotel Asia Gardens, we have a wide range of pillows that will surely guarantee the rest of our guests…Would you like to sleep on one of these traditional china pillows?

We look forward to your visit…