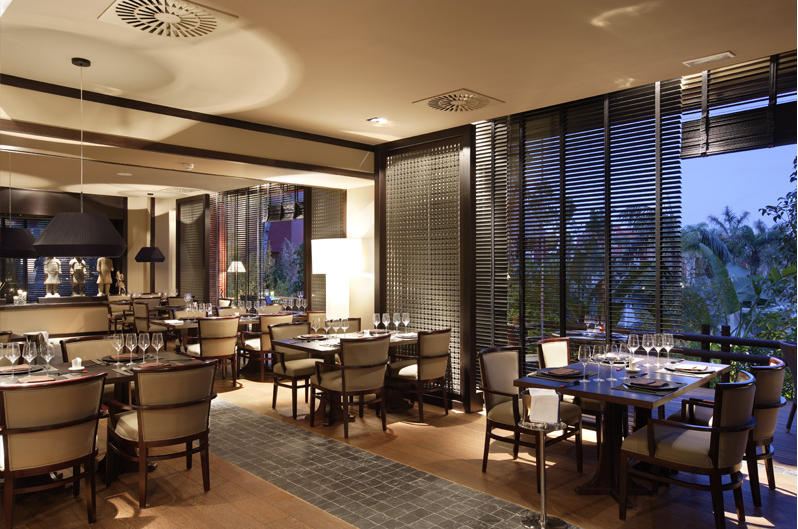 As you already know, at the Asia Gardens we are true lovers of all Asian, and today we are going to tell you a lot of interesting things regarding something not a lot of people know about… Asian desserts, you will love them…

Varied and extensive, that is how we can describe Asian cuisine. Within the diversity of all the different regions, there are several factors they have in common; Asian cuisine is colourful, aromatic, fresh and tasty.

In Japan, there is a large variety of desserts. The Hanami Dango is highly popular, and it is made with flour and colorants. This dessert is most common during Sakura, the start of the spring we previously told you about in our blog.

Another traditional recipe in this country is the Daifuku Mochi, consisting of a small round glutinous rice cake stuffed with sweet filling, most commonly Anko, a Himalayan sweetened red bean paste made from Azuqui beans. Traditionally, Mochi is eaten in the Japanese New Year, although it is available all year around.

But, do you know which dessert the Japanese themselves prefer?

It is called Matcha Parfait, typical of Kioto and it is mainly made with Matcha, a type of green tea served during the Japanese tea ceremony, but it is also used to make desserts.

As it is their favourite dessert, there are different Matcha Parfait varieties, ice-cream, jelly, sponge, boiled-bean sweet paste, chestnuts or cream-based among others. It is delicious and “perfect”, hence its French name, Parfait.

Other distinctive features of these desserts are that milk is not a main ingredient, and they are not served at the end of a meal, instead they are considered small rewards.

One of the most common desserts you will find all around Asia, is the fruit salad with almond jelly. Its taste is unique! But they are mainly experts in making desserts using rice as a main ingredient like Tom Yuen and rice balls filled with mango and covered with fruit juice.

To finish off, would you like to see the desserts made by the best chef in Asia?

By the name of Chan Yan Tak, this dessert is made by the only Chinese chef who has been awarded 3 Michelin stars. Here is a picture of this spectacular confection.

We hope you have enjoyed a few sweet minutes reading our post. As always, we would like you to come and share our great passion, Asia in the Mediterranean, where you can live Asian culture and experience the luxurious lifestyle of Asia Gardens, our 5-star hotel in Spain.

We hope to see you soon!