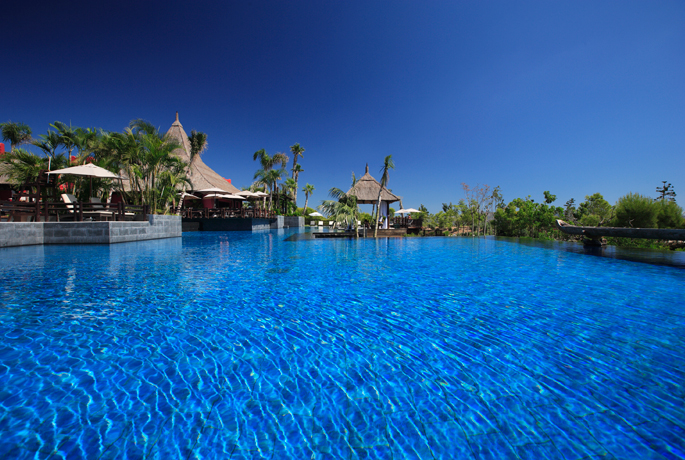 THE BLUE CITY IN INDIA

Today, we are bringing you from the terracotta view from the Asia Gardens Hotel & Thai Spa, to the blue city of Jodhpur in India.

In the city of Jodhpur, located in Rajasthan in India, there is no room for any other colour but blue. From the very beginning, each building at the Blue City, as it is commonly known all around the world, was painted blue like the colour of the sky. This was part of an initiative started by the Brahmin, members of the priesthood, in order to indicate their place of residence and differentiate themselves from the rest of the population.

In time, this upper class tradition started to also be adopted by the rest of the people and everyone chose blue as their favourite colour to decorate their homes with.

There are narrow streets that dim the sunlight in a hot area near the Thar Desert, and the shadows are magnified between the blue buildings.

Another popular version of the story is that the homes in Jodhpur dressed in blue because, according to the locals, this colour keeps insects and mosquitos away, and it also acts as a thermal insulator that keeps sun rays away in this desert area of India.

To sum up, Jodhpur is a blue oasis in the middle of a large desert. But if this city does not appeal to you, come to the Asia Gardens Hotel & Thai Spa instead, a luxury resort where you will be pampered, and where you will live a true Asian experience.