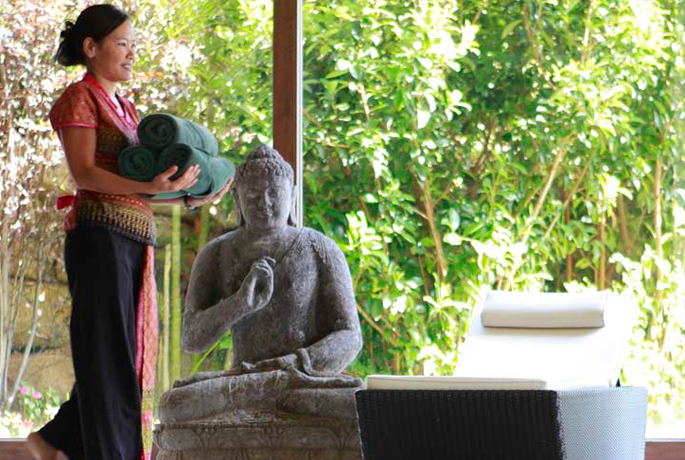 With the arrival of Christmas and the New Year, at the Asia Gardens Hotel & Thai Spa we would like to get up and ready to get started on a positive note. That is why we are going to get started a few weeks in advance in order to have everything ready. Today, we are going to tell you about charms used in Japan for good fortune, prosperity, etc.

For centuries, Asian cultures have been very superstitious, and charms are used for almost everything. The following are some of them; maybe one or two of them could be of use to you:

– Omamori: From the verb “mamoru” meaning to protect, look after, defend. It consists of a fabric pendant mainly sold in Japanese shrine temples. It is believed that it avoids accidents, improves health, encourages love, improves academic performance, etc.

– Ofuda: It is considered a type of omamori for the home, normally larger and made out of wood or paper. In it, there is a prayer for a god.

– Maneki-neko: Maybe one of the Japanese charms most popular outside the country, cats that invite you to come in. They can be generally seen in Japanese businesses or homes, as cats are believed to be symbols of good fortune, happiness, success and money, and its bell keeps bad spirits away.

– Omikuji: small papers that foretell your future. They may be purchased in most Japanese temples. They are believed to bring bad fortune to those who touch a omikuji. Instead, it is recommended to tie it to a tree in the temple in order for bad fortune to be taken away by the gods.

If you are not lucky enough to know what you are going to do this New Year, come visit us to the Asia Gardens Hotel & Thai Spa and live a true Asian experience surrounded by lucky charms. Come and have fun!