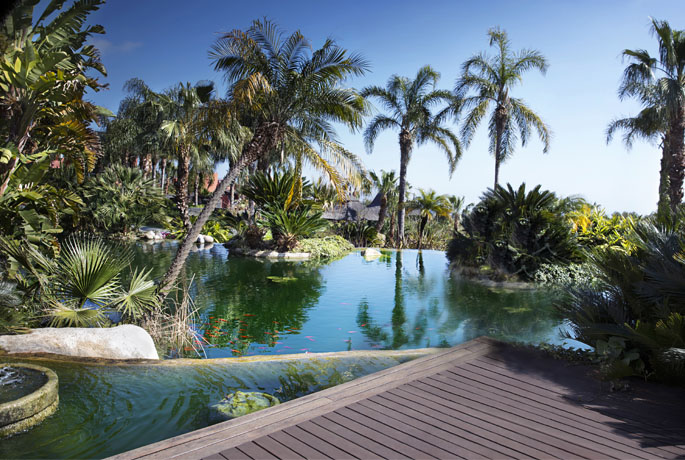 At the luxury hotel in Alicante Asia Gardens Hotel & Thai Spa we don´t get tired of discovering the hidden details and treasures of Asia. Today we are travelling to India to talk about an impressive Hindu temple: Sri Ranganathaswamy Temple.

Sri Ranganathaswamy Temple is the biggest temple in India. It is located in the middle of Kaveri River, Srirangam Island, in Tamil Nadu.

Despite being unknown worldwide, it is the largest working temple in the world, only beaten by Angkor Wat, with an area of 3 square km.

It was built in the ninth century by request of Ganga Dynasty, and later, during the thirteenth century, its structure was modified and strengthened. Sri Ranganathaswamy Temple is the first and the most important one of the 108 temples related to Vishnu, one of the three main Hindu deities. And it is dedicated in memory of Ranganatha, who is considered the last figure of Vishnu. Vishnu’s followers go on pilgrimage to the temple to pray.

The temple is a magnificent architecture construction, decorated with pleasing relieves and numerous painted sculptures, representing gods. It is guarded by 21 towers or gopurams, which mark the limits of the sacred space.

If you are planning an Asian getaway, don´t miss the chance to travel to Asia without leaving Spain… Asia Gardens Hotel &Thai Spa.