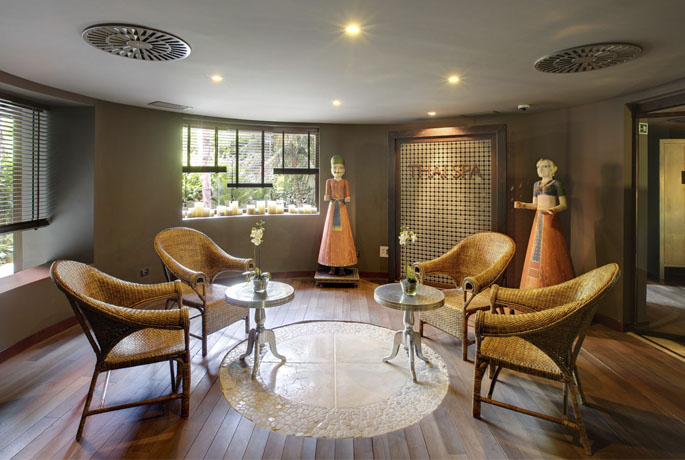 One more week, at the luxury hotel in Alicante Asia Gardens Hotel & Thai Spa we keep travelling around the Asian continent to discover all its hidden details. Today we are taking you to India to know everything about the more important Hindu deities.

Hinduism is the main religion in India and Nepal. It recognises one supreme deity, but includes many other gods as reincarnations of that deity.

Among all those gods, we are going to focus on the 5 most significant ones:

Brahma. Also known as Paramesthi, is considered the god who is responsible for the creation. Brahma is represented on a red figure of four arms and four heads, and it is believed that from these heads came the four Vedas.

Shiva. While Brahma is the creator of the universe, Shiva’s role is to destroy the universe in order to re-create it. His most common representation is seated on a yoga pose. Shiva also symbolizes meditation and calm.

Vishnu. Vishnu is the preserver and protector of the universe. He is the god of goodness and preservation. He has 10 incarnations; nine of them have go down to the earth to fight against evil. Vishnu is represented with a human body with blue coloured skin and with four arms. And he is also usually represented standing upright on a lotus flower with Lakshmi, his consort, close by him.

Ganesha. This god represents the perfect harmony between masculine and feminine energies and between strength and goodness. He is the Lord of success and destroyer of evils and obstacles. Ganesha is represented as a stocky man, with a big belly, four arms and an elephant head. According to some legends, Shiva is his father.

Krishna. He is the 8th representation of Vishnu and the deity of love and happiness. Krishna is represented with blue coloured skin, playing the flute by his wife.

Plan a getaway to our Zen paradise, and enjoy a few days off by the Mediterranean. Visit our Temple of Relax and discover spiritual and physical balance and wellbeing.