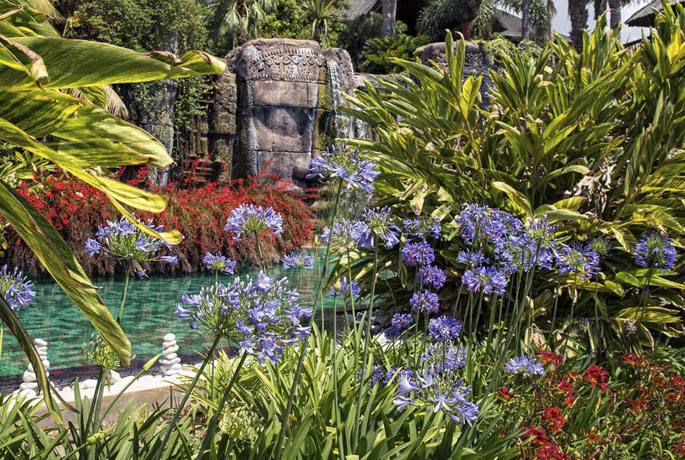 At the luxury hotel in Alicante Asia Gardens Hotel & Thai Spa as you already know, we never say no to any Asian celebration. Today we are travelling to Cambodia to celebrate its famous New Year.

Kmer New Year is the most famous Cambodian festivity. It is a three-day public holiday in Cambodia. It usually falls on mid-April. This year is held on 13-15 April. Besides celebrating entering the New Year, this day marks the end of the growing season.

Kmer New Year´s celebrations are one of the best experiences to enjoy the vitality of Cambodian culture. The three days of celebration have their own name and associated traditions: Maha Songkran, Vanabot and Leang Saka.

Maha Songkran. The first day of the Khmer New Year is called Maha Songkran. Cambodian people wear new clothes and offer candles and incense on Buddhist altars. Families must kneel three times before Buddha as a gesture of respect.

Virak Wanabat. Also known as Vanabot, the second day of celebration is a time to think of charity. People offer donations to the poor and homeless people. Families also go to pagodas to pay respect to their ancestors.

Leang Saka. On the third and last day of New Year celebrations, families meet at pagodas to wash and clean statues of Buddha with holy water. Another tradition is that children wash their parents and grandparents. This act symbolizes a long and healthy life. Cambodian people finish the day playing traditional games, dances and eating traditional food in the countryside.

Come celebrate Oriental Spring with us. Experience the 5 stars resort Asia Gardens Hotel & Thai Spa during the most spectacular time of year. Feeling that you are in Asia in the month of flowers is easy…