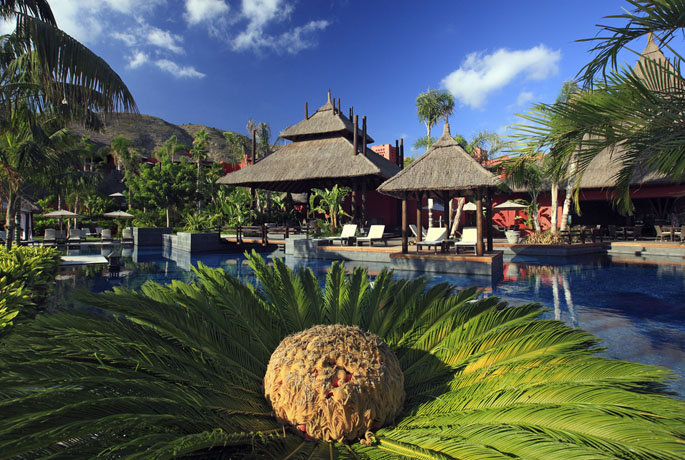 Asia never stops surprising us. Today from the luxury hotel in Alicante Asia Gardens Hotel & Thai Spa we colour our day by travelling to Sri Lanka to visit the ancient Dambulla Cave Temple.

Dambulla Cave Temple, also known as the Golden Temple of Dambulla, is a cave temple complex, with more than 80 caves in the surrounding area. It is the largest and most famous cave temple complex in Sri Lanka, as well as one of the most spiritual and mystic sites in the country.

They are located on the top of a big rock, known as the Royal Rock, in the central part of Sri Lanka in the city of Dambulla. Among all the caves, currently only five of them are open to the public. They contain many different statues and paintings. All of them are related to Buddha and his life.

Firstly, we find Devaraja lena or “Cave of the Divine King”. It contains a huge 15-meter statue of Buddha, surrounded by his disciples.

The second cave is Maharaja Lena, or the “Cave of the Great Kings”. This is the largest and most famous cave, due to the large amount of Buddha statues it contains. Additionally, it keeps important cave paintings showing the first historical Buddhist facts.

The third cave is Maha Alut Viharaya, also called the “Great New Monastery”. It was built by the king Kirti Sri Rajasinha. It keeps tens of Buddha statues.

Paccima Viharaya or “The Western Temple” is the fourth cave. This is the smallest one. Its main attraction is a Buddha statue seated in the dhyana mudra position.

Finally, we find Devana Alut Viharaya or “The Second New Temple”. This contains tons of Hindu and Buddhist statues. All of them are made of brick and gypsum, on the contrary of the statues of the other caves, which are made of rock and granite.

Are you a Southeast Asia lover? If the answer is affirmative, you have a mandatory stop at our luxury resort Asia Gardens Hotel & Thai Spa. The paradise isn´t as far as you thought it would be…