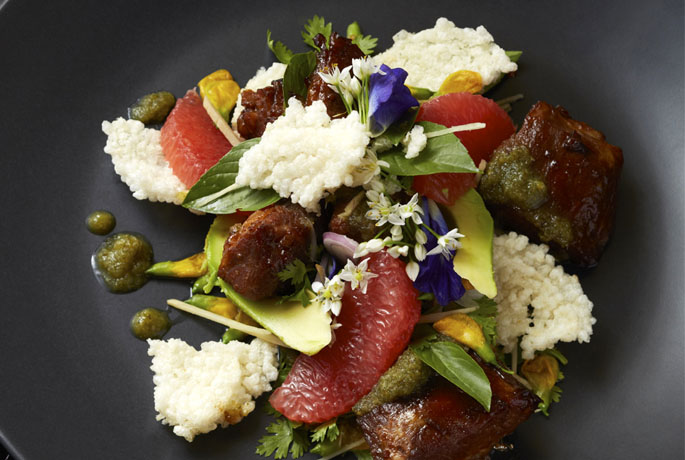 At the luxury hotel in Alicante Asia Gardens Hotel & Thai Spa we love trying new flavours. That´s why today we are going all over Asia to discover the most used Asian spices. Are you coming with us?

Spices play an essential role in seasoning when it comes to Asian food, mainly on Chinese and Indian cuisine where spices give a unique taste to their dishes. Let´s go over some of the most popular Asian spices:

Ginger. This is one of the most famous Asian condiments. It is very used all over the continent, especially in China. It is used in various forms: whole fresh roots, powdered ginger and pickled ginger, to season both sweet and salty dishes.

Turmeric. It is native to Asia. Not very spicy, it is one of the main ingredients used to make curry. It is used powdered as a spice and as a colorant of many dishes. It is commonly used as an alternative of saffron.

Curry. It is one of the most famous Asian spices, mainly in India and Southeast Asia. It is a mix of about 20 spices such as turmeric, cinnamon, clove or ginger. It is usually used to spice rice or legumes dishes.

Five-spice powder. This is the blend of 5 spices, used primarily in Chinese and Vietnamese cuisine. It incorporates the five base flavours of Chinese cooking: sweet, bitter, salty, sour and salty. It is perfect for meat and fish dishes.

Cinnamon. It comes from India and China. It is available in two forms: cinnamon sticks and powdered cinnamon. This spice is most often used in desserts, although it is also used to enhance the flavour of fish and meat dishes such as chicken recipes.

Have you already visit the 9 restaurants and bars at the 5 stars resort Asia Gardens Hotel & Thai Spa? If you are a food lover, visit our Asian spot in the Mediterranean where you will be able to enjoy the best of flavours of Asia.