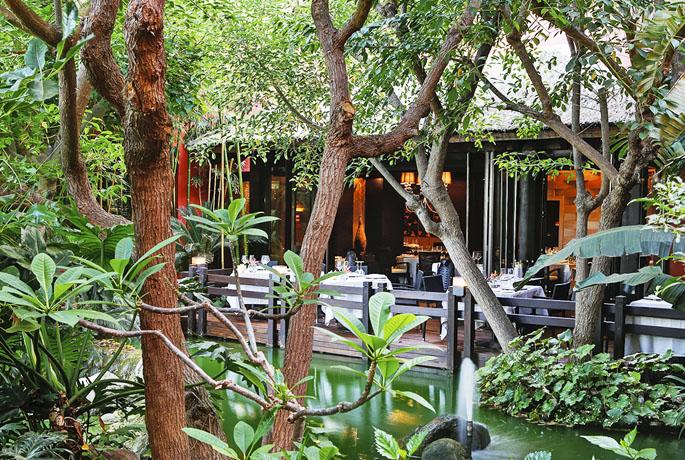 When it comes to travelling and Asian food, we never say no. Today from the luxury hotel in Alicante Asia Gardens Hotel & Thai Spa we are taking to China to fin out which are their main cooking methods. Are you coming?

We find different techniques to cook in Chinese gastronomy; there are about 40 and 50 cooking techniques. Which are the most common ones?

Stir-frying. The main cooking utensil is a wok. Food is tossed in a little hot oil in a wok over high heat. All ingredients are thinly sliced or cubed. Due to this cooking technique food is crunchy inside out.

Shallow-frying. It also uses the wok. This cooking method uses less edible oil than deep-frying and lower heat than stir-frying. Shallow-fried dishes are usually rather tender inside, appearing golden or slightly burnt outside.

Deep-frying. It is the same cooking technique that European cuisine uses. It uses much more edible oil than stir-frying and cooks over high heat. It is considered one of the healthiest cooking techniques.

Steaming. It is necessary to have bamboo steamers for this cooking method. They can be stacked one on top of the other, allowing several kinds of foods to be cooked at once. It is considered one of the healthiest cooking techniques. One of the most famous steamed dishes is dim sum.

Red-cooking. This technique is used primarily for cooking a tougher cut of meat or poultry. Meat is browned in large quantities of soy sauce. The sauce adds flavour and a reddish-brown colour to the meat, which is very characteristic in many traditional and popular Chinese dishes.

Feel a taste of summer in autumn. At Asia Gardens Hotel & Thai Spa it is still possible to enjoy magical evenings outdoors. We suggest having dinner at the In Black terrace for enjoying a journey into the heart of Asia´s tropical jungles. Are you joining us?