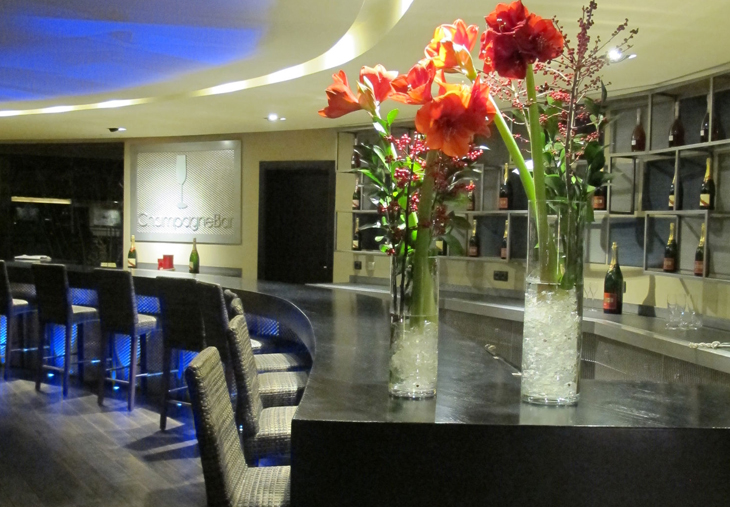 SUSHI, THE MOST CHIC BITE

Sushi is one of the most traditional Japanese dishes and one of the most popular worldwide. From our luxury resort we would like to tell you a bit more about this bite of luxury…

You surely think that sushi is a Japanese dish, but the truth is that it comes from China and it dates back the 4th Century B.C.

The first sushi dish or nare-zushi, came from trying to conserve raw fish. In China, in ancient times it was found out that storing the whole fish in boiled rice prevented the fish from spoiling.

With technological advances in food preservation this tradition started to fade in China, getting started again years later in Japan where it evolved until it become the product we all currently know.

The first records of sushi in Japan date back to 718 and it can be found in a law treaty in which sushi was used as a form of tax payment.

In time, this way of preparing sushi evolved and at the beginning of the 19th Century, the chef Hanaya Yohei created nigiri-zushi (hand-made sushi) which is the one we know nowadays. Later on, sushi stalls became popular, and sushi restaurants too. Emigration of Japanese people helped spread sushi around the world, and California, in the US, was one of the places where this tradition was first most deeply rooted, hence the famous California Roll.

Like with everything else that becomes popular, new different versions of this dish started to come up, some of them you probably know, like maki, sashimi, roll, niguiri and temaki. There are also many others more limited when it comes to ways of preparing them.

The true key to sushi, besides preparing it with high-quality fish, is the type of rice, koshihikari. It consists of a round, short and sweet grain with a high content of starch.

To really appreciate it at its best, we must remember to eat it at room temperature, in order to avoid the natural intensity of its taste to fade due to cold temperatures.

This is something that the great 85-year-old maestro Jiro Ono surely takes great care of, as he is considered the best sushi chef in the world.

Ono owns a restaurant in the Ginza district, in Tokyo, recognized as one of the most luxurious shopping districts in the world. There are many upscale fashion stores such as Chanel and Dior, located in an office building, and down in the basement a glass door leads us to Sukiyabashi Jiro, his small sushi bar and the first of its kind to have achieved the Michelin 3-star distinction. There is only enough space for 10 lucky guests, and tables must be booked a year in advance. If you happen to be one of the lucky ones, you will see this sushi maestro behind the counter meticulously putting together these wonderful pieces. This is without a doubt, a unique experience at the reach of only a few…

If you are a true sushi gourmet, you have to try the most expensive sushi in the world, considered 5-star food and created by the Filipino chef Angelito Araneta Jr. This chef serves his sushi dish in five fish pieces with a 24-karat gold leaf and 0.20-karat diamond garnish, He also uses Iranian Beluga caviar as main ingredient.

Should you travel to New York, we recommend you to try the Higher Roller Sushi, served in Koi restaurant at the top of upscale sushi restaurants. In order to help you get a better idea, its ingredients include white truffle, vanilla butter and saffron, foie, caviar and lobster.

Of course, in our luxury hotel Asia Gardens, you will enjoy this Asian delight in our spectacular Champagne Bar located in the lobby of the Hotel. The bar specializes in cocktails and, as its name says, an excellent variety of champagne. Come and have a drink of bubbly, this liquid gold drink that comes with the most chic bite. The perfect moment of luxury.

You cannot miss it……WE LOOK FORWARD TO YOUR VISIT