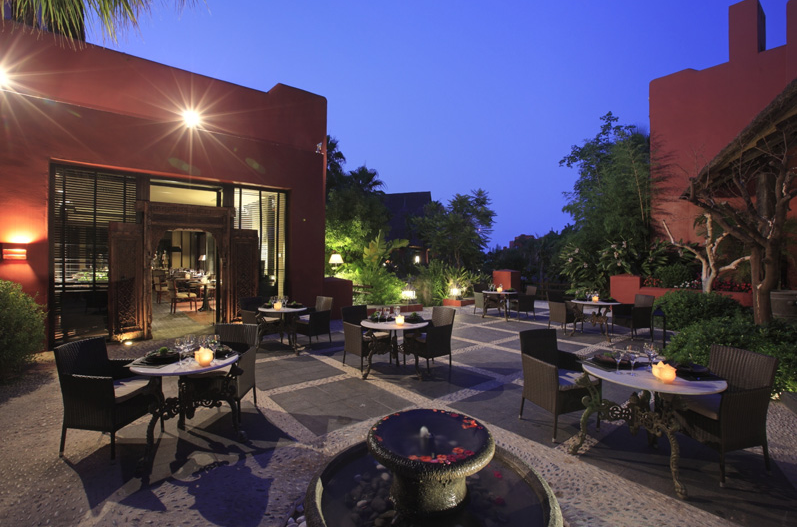 ASIA, THE CRADLE OF SPICES

Today, in our 5-star Hotel Asia Gardens blog, we are going to tell you about the flavours of some of the faboulous dishes you can taste in Koh Samui, our Asian restaurant.

Spices, most of them brought from Asia, have been a true treasure for thousands of years, due to their healing properties and their culinary significance.

They were so highly valued that they used to be used as valuable currency. Many people found wealth thanks to trading with it, and even though this seems unreal nowadays, they were as highly valued as gold which brought on serious conflicts among numerous villages which intented to monopolize the market.

Old tales talk about traders of spices on the way to Egypt in caravans bringing to the west cloves and pepper from India, cinammon and nutmeg from the Molucca Islands (Indonesia) and ginger from China.

A good example of it was the called “route of spices”, created to avoid paying the high tax charged for passing through Arabian territory. In the 13th and 14th Centuries, Italian sailors led by Marco Polo, reached the far east, remote Asian coastal areas like the Sunda Islands (Indonesia), or the Malabar coast (southwestern coast of India), to purchase shipments of spices that would subsequently be brought to Venice, Florence, Marseille and Barcelona, and be distributed along the Mediterranean.

As far as its cooking use, Asian food, although it is a hundred-year-old cuisine, has recently become fashionable. Chefs from all over the world include in their cuisine delicious Asian ingredients, spices, herbs and cooking techniques.

Seasoning is a type of art, just remember how Cleopatra seduced Ceasar even though he was not all that interested in women, after a cleverly seasoned feast using abundant saffron…

Do you know which our favourite spices are?  Saffron, cardamom and vanilla.

Saffron is, without a doubt, the most expensive one. It is taken from a plant that comes from Minor Asia called Crocus Sativus, popularly known as the Saffron Rose.

Its intense colouring and scent are some of the main attractions of a spice whose popularity crosses all borders. A very exclusive plant due to the fact that in order to get a gramme of this red gold, as some call it, 140 Saffron Roses are needed… Can you imagine how valuable it is?

We will give you more details about these and many other Asian spices, like Indian curry, in our Asia Gardens luxury resort blog, our wonderful Asian corner in the Mediterranean… Come and try our Asian dishes, seasoned to seduce you.