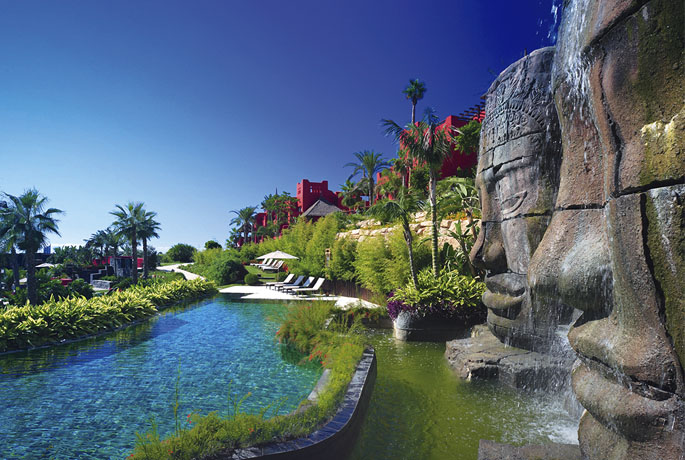 Today, from our luxurious 5* Hotel Asia Gardens in Spain; we want you to know a bit more about the Indian culture. We are going to tell you about the bindi, a decorative element that has a great meaning, religious and esthetical.

The word bindi comes from the Sanskrit “bindu”, which means “drop, little particle or point”. Usually, the bindi is a little red point placed in the centre of the forehead between the eyebrows, although it is becoming more usual to wear a little jewellery piece.

According to religion and tradition, the bindi is the chakra or third eye, which is considered “an energy point that helps find inner peace through meditation”. They say that God gives us two eyes to see the physical world and the chakra to see the spiritual one. The bindi keeps the energy and improves the concentration.

Another theory says that the bindi is the symbol from the Goddess Pavarti that provides feminine energy and protects the woman who wears it and her husband.

But the bindi’s tradition has much more history than that. In the past, when a couple got married, the groom would dip his finger in his own blood and paint with it a point on his wife’s forehead and a line on her head root, so that everyone would know she was married. After some time, blood has been left aside and they started using paint and decorative elements.

The wise Hindu men claim that the red lead powder sindhoo and the spearmint plaster have refreshing properties. By being between the eyebrows, that zone relaxes and the mind calms down.

The bindi is a very important element for Indian brides. Every bride should wear the classical red bindi, but depending on where they live, they can put more red and white points around the original one. The Maharastrian brides usually wear bindis like quarter moon.

Every day, more single Indian women use the bindi as a decorative element. They come in lots of colours, forms and with inlaid precious gems, so that they match their sarees.