As you know, at Asia Gardens 5* Luxury Hotel in Spain we love to share everything we know about the Asian continent.  In today’s post we are going to tell you about one of the most recognized and healthiest practices that come from Asia: yoga. Besides that, we will also tell you about a new yoga discipline: bikram yoga.

The word yoga comes from the Sanskrit “ioga”, which comes from the verb “iush”, meaning “focusing the mind, unifying or get absorbed in meditation”. It is a mental and physical discipline that has its origin in India. Yoga is used in Buddhism and Hinduism.

Practising yoga has many benefits, such as mental and physical wellbeing, mental balance and an improved concentration, as well as the benefits for the body. By practising yoga you increase the amount of oxygen in your body and learn how to control your breathing with the “pranayama”, a basic technique for this discipline.

Yoga consists of a variety of postures named “asanas” that work on your body and mind. Some postures are very well known, like the Greeting to the Sun, the Moon and the Earth.

Bikram yoga, a variety of the classical yoga, has been being practised in the last few years, created by Bikram Choudhury. Bikram is performed for 90 minutes in a room at 41 degrees where they carry out 26 different “asanas” (postures) and two others for breathing.

His creator assures that training at such high temperatures “improves the ability of the body of controlling its corporal temperature and also improves the blood circulation”. The 26 postures work for every part of the body and that needs flexibility, so the body has to be warm, at around 40 degrees.

The combination of the 26 asanas works as a synergy that increases the benefits for each part of the body. The variety of postures is astounding, but there is one that stands out for its complication: the back-bending. As the name itself says, it consists of bending backwards until you can walk on your hands. In order to achieve this type of asana, you need a lot of practice and of course a professional teacher in a certified centre. 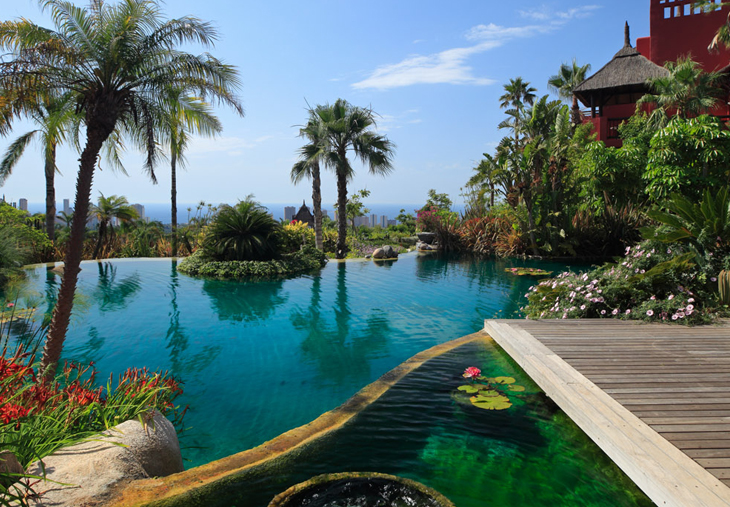 You don’t just keep in shape with yoga and Bikram, but you can also cure injuring and muscle contractures. Of course, the healthiest celebrities like Jennifer Aniston, Heidi Klum or Doutzen Krous practise these two disciplines and share it on their social media. 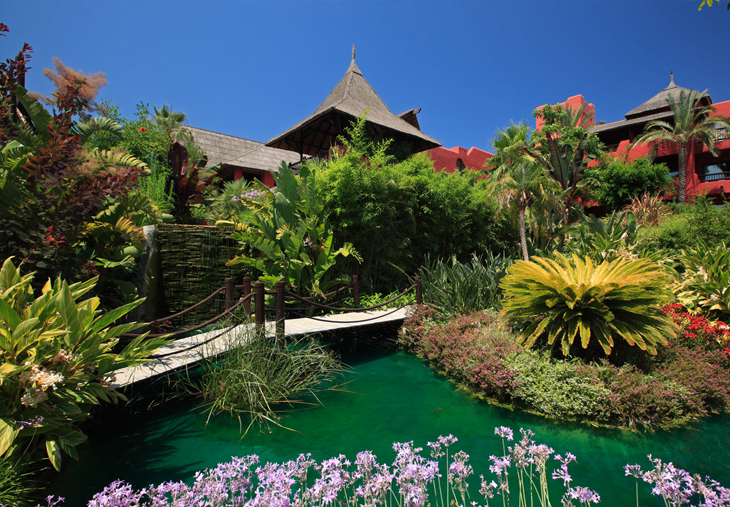 You already know all the benefits of Bikram and yoga. That is why we invite our guests to try our free yoga lessons in the marvellous gardens of the Asia Gardens 5* Luxury Hotel in Spain. 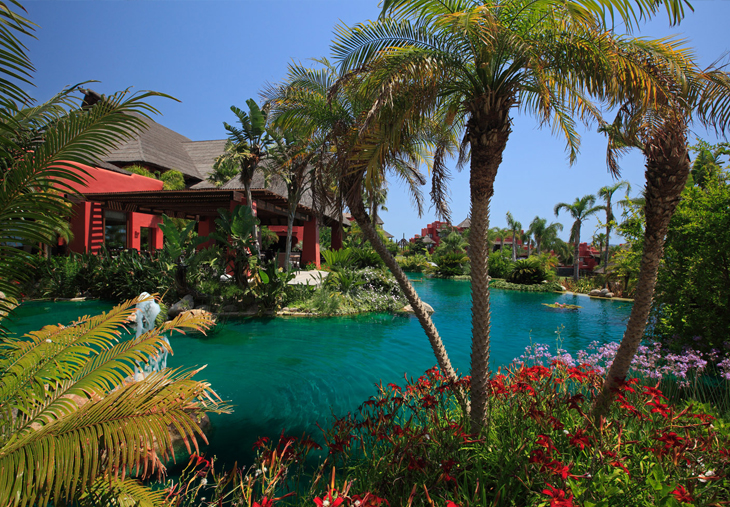