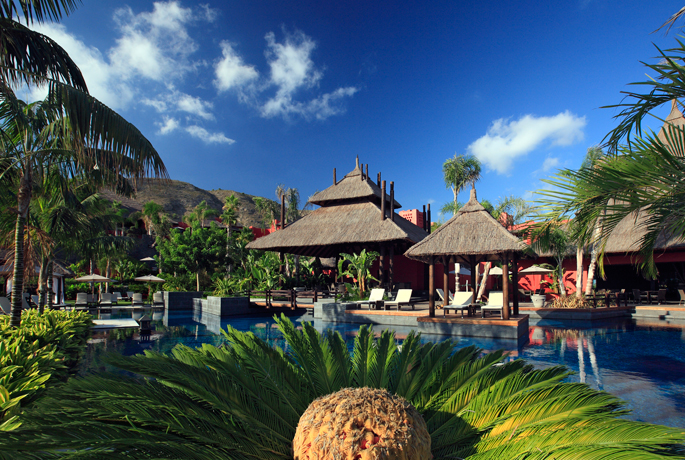 Although the summer is almost over, at the Asia Gardens Hotel & Thai Spa we will continue travelling around Asia to show you the secrets of those hidden treasures and paradises we love. Today, we are bringing you to an island that used to be called “The Eastern Pearl”.

The island is Penang, one of the most popular islands among tourists in Malaysia, whose capital is Georgetown and is known as “The Eastern Pearl”. It used to be a virgin island in the Malacca Sea, with plenty of palm trees and coconuts that looked like pearls upon falling on the fine white sand.

It is said that Penang is like a miniature version of the Malaysian mainland as it is a melting pot of cultures, such as Chinese, Indian, Thai and Malayan.

Georgetown is also multicultural, and a visit to these emblematic places is a must:

– FLOATING MOSQUE: this is an important mosque built over the sea. Everyone who visits it is awestruck by its grandeur.

– KEK LOK SI TEMPLE (Hill Temple): Also known as Temple of Supreme Bliss. This is the largest Buddhist temple in South East Asia and one of the most popular ones in Penang. Its main attraction is its impressive seven-floor pagoda and the 10,000 bronze and alabaster Buddha statues placed all over the temple.

– URBAN ART: Penang is covered in street art. It is a city where urban art combines styles and messages.

– SNAKE TEMPLE: this temple was built by a healing Chinese monk. Legend has it that the monk offered shelter to the snakes that showed up and nowadays they still live there. The snakes that live in this temple are poisonous, but it is said that the monk’s spirit protects worshippers from getting bitten, although some tourists claim the snakes are well tamed.

– THE LEONG SAN TONG KHOO CHINESE CLAN HOUSE (KHOO KONGSI): The word kongsi means a house used as a gathering place for a Chinese clan, also used as a temple. There are many kongsi in Penang, and Khoo is by far the most stunning one of them all.

– BLUE HOUSE (CHEONG FATT TZE): many magnates of the region, Indonesian, Thai and Chinese, once built extravagant palaces in Penang, to show off their power and wealth. Currently, this is a very exclusive hotel based on Feng Shui philosophy.

– RED MARKET: buzzing “hawkers”, with live music, plenty of food stalls and crowds of people. A multicultural place in all its glory.

If you also wish to live an Asian luxury experience and get to know Asian cultures and cuisine, we recommend you visit the Asia Gardens Hotel & Thai Spa, a luxury resort in the Mediterranean where we will bring you one step closer to Asia. Come and visit us.