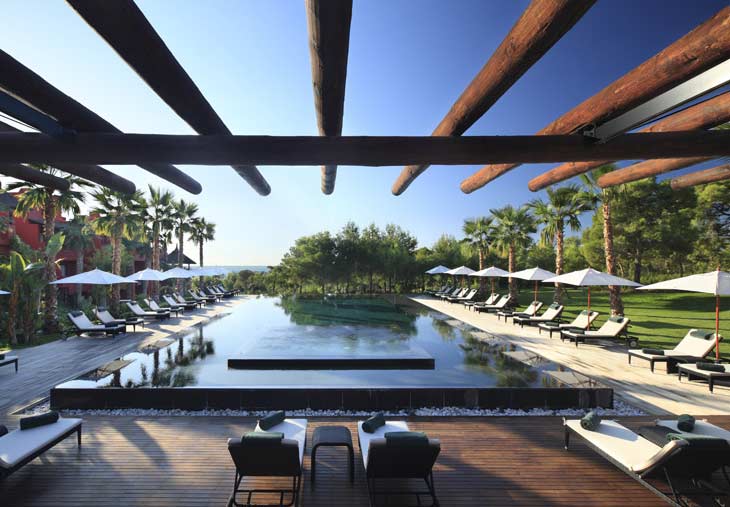 Today, at the Asia Gardens Hotel & Thai Spa we are bringing you to one of the most magical spots said to be the most beautiful by far in China. We are strolling around Guilin, the city of hills.

It is located in the River Li in China, and according to ancient Asian proverbs this is the most beautiful city in the country. Poets and painters used to make a pilgrimage to Guilin to capture the beauty of its landscape on their canvas and poems.

Surrounded by hills that can be seen from anywhere in the city. All walks bring you to the River Li or the mountains. Guilin is a small city so it is easy to see it all; its charm and culture are irresistible

Guilin is a city to be enjoyed and taken in. In the centre of the city there are two linked lakes: ficus and fir tree, divide by Zhongshan Street, the main street parallel to the river.

Most emblematic places and things to do:

– A HILL OVER THE WAVES: climbing the hill is easier than it looks as there are steps that bring you right up to the top, and it is not too steep. From the top, there is a magnificent view of the whole city, as well as of the wriggling river.

– REED FLUTE CAVE: there are many caves in the area of Guilin. In ancient times, the caves were used by peasants as storage facilities, housing and shelter in times of war, hence the secrecy of where some of them were located.

The Reed Flute Cave is one of the largest and most beautiful caves. Its main feature is, without a doubt, the Glass Palace, a large room on the inside of a cave with a small lake and some rocks behind the lake that resemble a city in the distance.

– CRUISE ON THE RIVER LI: we already mentioned this in a previous post of the Asia Gardens Hotel & Thai Spa. This cruise is the easiest way to see the changing landscape of mountains and waters that have made this area so famous.

Other emblematic towns to be visited when in Guilin, nearby, are Daxu whose centre is unbelievably well preserved, showing the splendour of its prosperous past. And Yangshuo, where there are fewer tourists, and it has been famous ever since ancient times for its celestial landscape.

If you ever wish to lose yourself in Asian spots and vegetation, come and live a luxury experience. We hope to see you at the Asia Gardens Hotel & Thai Spa.