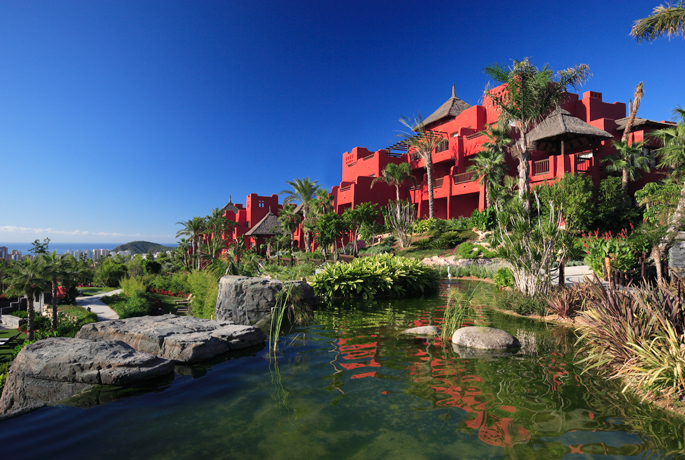 One of the main things that defines the Asia Gardens Hotel & Thai Spa is the fact that we represent a temple of relaxation and wellbeing for all your senses. That is the reason why today we are bringing you to a quiet temple in Hiraizumi, where peace and nature surround you.

We are talking about the Chuson-Ji Temple, one of the most significant Buddhist temples, supposedly founded in the year 850 by Ennin, although most academics believe that it was founded by Fujiwara in the year 1100, as there is no archaeological or historical trace showing that there was Buddhist influences at that time.

The main feature of this temple in the middle of the wild, is its mausoleum, called “Konjiki-Do”, one of the most beautiful and elaborate buildings in Japan and in the world. The Chuson-Ji Temple was recognised Heritage of Humanity by UNESCO in 2011.

Konjiki-Do, which means “gold”, is a mausoleum containing mummified remains of the leaders of the Fujiwara clan who ruled during most of the 12th Century.

It is made out of wood and fully covered by “gold bread” (a fine layer of hammered gold, traditionally used to decorate) with inlaid pearl oysters.

There are three altars on the inside of the building, and although there were 33 sculptures originally, 11 per altar, nowadays there is one missing, the Niten.

Konjiki-Do was previously built outdoors. However, a wooden building was built around it to protect it from the elements. It is now located behind a thick acrylic glass screen and can only be seen from the front.

At the Asia Gardens Hotel & Thai Spa, you can enjoy, first hand, a true Asian experience at our luxury resort in the Mediterranean. Come and enjoy our very own temple!