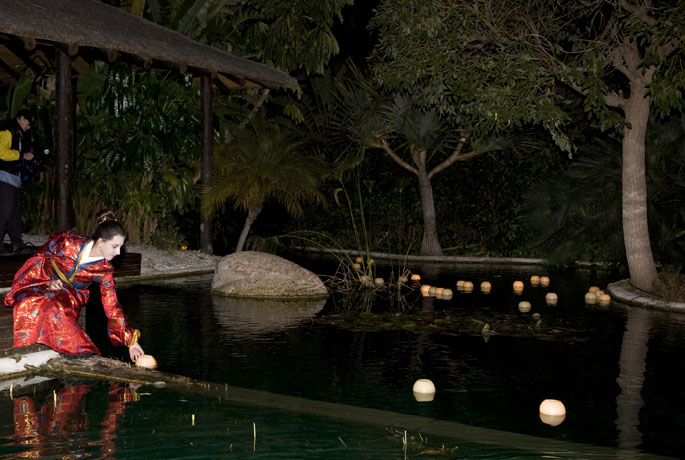 At the luxury hotel in Alicante Asia Gardens Hotel & Thai Spa we love those places which stimulate interest and emotions. That´s why today we are travelling to one of the most magical places in Japan: Fushimi Inari Taisha Shrine.

Fushimi Inari Taisha Shrine is a Shinto shrine, located on the outskirts of Kyoto, in Fushimi. It is the main sanctuary of the 32,000 that are in Japan in honour of the Kami Inari, god of fertility, rice, agriculture, fox, industry and success for Shintoism.

It is one of the most ancient sanctuaries; it was built in the eighth century. The complex is made up by 5 sanctuaries, which occupy Inariyama´s hillsides. The shrine is surrounded by a 233 metres high hill.

Fushimi Inari Taisha Shrine´s main attraction is the 4 kilometres path with thousands of red torii gates, sacred Shinto gates, which make the walk even more special. It is considered one of the most magical places in Japan. Each of these torii has been given by someone as an offering for Kami Inari. In fact, the back of each of them has the name and the date of donation inscribed.

As usual at shrines in honour of Inari, the complex is full of foxes or kitsune, which are considered as Inari´s messenger. They often carry a key in their mouth, symbolizing the place where rice is kept.

The most special time of the year to visit Fushimi Inari is during the Hatsumode, when Japanese are still on New Year´s holidays.

At Asia Gardens Hotel & Thai Spa we also have our own rites. If you visit us, don´t miss the chance to participate in our Wishing Fountain Ceremony, every Saturday at 20:00h at the fountain in the Hotel Hall.