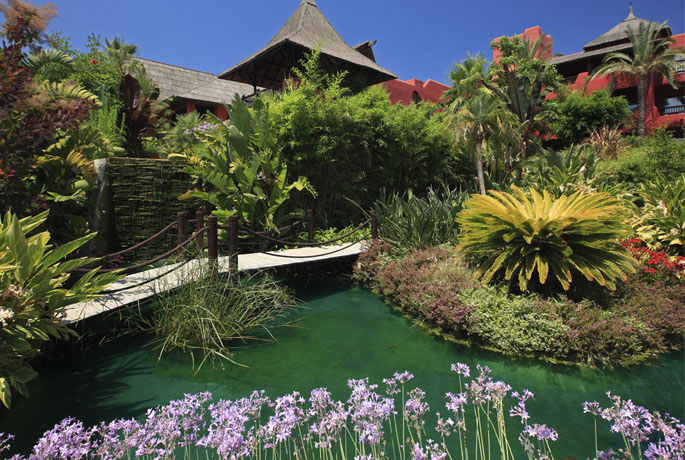 At the luxury hotel in Alicante Asia Gardens Hotel & Thai Spa we never have time left to get bored. We keep enjoying this summer by travelling to India to discover the fantastic Lodi Gardens. Are you coming?

Lodi Garden is an English-style landscaped garden, located in the centre of Delhi. It is one of the most representative attractions in the city.

It was created in 1936 at the request of the Lady Willingdon, wife of Governor-General of India during British Raj, Marquess of Willingdon. This is why this area was called the “Lady Willingdon Park” until 1947.

This park, which occupies an area of 360,000 square metres, is famous for containing the twin tombs of Bara Gumbad and Shisha Gumbad and Sikandar Lodi´s and Mohammed Shah´s Tomb.

The most important one is Mohammed Shah’s Tomb, the third governor of Sayyid Dynasty. Besides being the oldest one, it is set up around a central hall and even has terraces.

Close to Sikandar´s Tomb we find another interesting structure, Athpula Bridge, the last of the buildings in Delhi, built during the reign of Mughal Emperor Akbar during the sixteenth century. It contains seven arches, amongst which the central one being the largest.

Lodi Gardens are frequented by local people, who enjoy walking around the gardens or practicing yoga; as well as nature lovers and amateur photographers.

If you are also a nature and Asian landscapes lover, enjoy a getaway to the luxury resort Asia Gardens Hotel & Thai Spa. Southeast Asia has moved to the Mediterranean to offer you a magical environment.