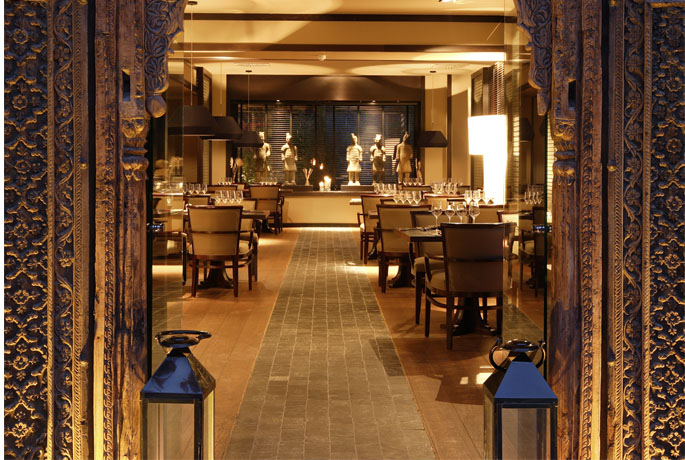 At the luxury hotel in Alicante Asia Gardens Hotel & Thai Spa we never get tired of discovering new Asian dishes. Today we are travelling around Southeast Asia to get to know its most popular recipes. Are you joining us?

Southeast Asia´s cuisine brings together Chinese and Indian millenary traditions, leading to a wide range of dishes. Let´s go over the main dishes of each country:

Thailand. The most famous Thai dish is Pad Thai. This is a stir-fried noodle dish, including fish sauce, tamarind sauce, red pepper and a mix of soy sprouts. All the ingredients are also seasoned with crushed peanuts, coriander and lime juice.

Cambodia. The most important Cambodian national dish is amok, which is also popular in Laos and Thailand. Its most extended version, and Cambodian people´s favourite one, is the one served in a coconut shell. The recipe also includes coconut cream, vegetables and some spices; which are mixed with chicken, squid or fish.

Laos. Larb is Laos´ national dish. This is a spicy minced meat salad made with chicken, ox or fish. The recipe includes other ingredients such as coriander, ginger lime juice or citronella.

Indonesia. The most representative Indonesian dish is nasi goreng. This is fried rice prepared with chicken, vegetables, prawns, sweet soy sauce and a fried egg on top.

Philippines. Philippine adobo is one of the most famous dishes and cooking techniques from the Philippines. It involves pork or chicken meat marinated in soy sauce, chicken soup, bay, pepper and vinegar.

Myanmar. Myanmar’s unofficial national dish is mohinga. This type of rice noodles is Burmese people´s favourite one to have for breakfast. It consists of rice noodles served in a thick creamy herbal fish-and shallot-based broth.

Singapore. Crab in all its varieties is the most traditional dish in Singapore. But the most popular one, due to its flavour and its symbolism is chili crab, which is prepared with a spicy sweet and sour sauce.

If you visit the 5 stars resort Asia Gardens Hotel & Thai Spa, you have a mandatory stop at our Asian restaurant par excellence: Koh Samui. Travel to Southeast Asia for a couple minutes while enjoying the choicest crossover cuisine.